The comprehensive legislation addressing cannabis reform under an adult use / medical marijuana combination bill (LRB-4361) has been assigned the Senate Bill Number of 545.

It has been assigned to the Senate Committee on Judiciary and Public Safety.

The companion bill is awaiting an assembly bill number and committee assignment. Review how a bill becomes law.

Telephone: (608) 266-1832, Email: Sen.Wanggaard@legis.wisconsin.gov. Republican Senator from Racine has not co-sponsored any legislation on marijuana reform since elected in 2010 and most likely will not move his stance of “just say no”.

After coming off a nearly 30 year career with the Racine police force, he now serves as the Chairman of the Senate Committee on Judiciary and Public Safety.

In April 2019 he wrote an entire op ed piece entitled Is it high time to legalize in Wisconsin? No … The harmful effects on health and society outweigh any potential benefits

During 2019, the Assembly Republicans prefiled a bill for the 2020 legislative session to create a medical marijuana program in Wisconsin (Senate Bill 683) which he failed to co-sponsor.

Previous legislative sessions adult use and decriminalization bills have failed to advance to even a public hearing under his watch and he is poised to do the same in the 2021-2022 session.

Senator Wanggaard is an author of Senate Bill 440 to increase penalties for manufacturing, distribution and use of butane hash oil (BHO) products.

Senate Bill 440 is also in this same committee and received a public hearing on September 16th, 2021. (FYI- The companion bill in the Assembly for the BHO Enhancer bill is scheduled for September 29th, 2021 at 10:00am).

Wimberger ran in 2014 for State Assembly (and lost by 18% points). He also ran for the Wisconsin State Senate for District 30 in 2016 and only lost by 3% points. Wimberger will try for State Senate again in 2020 as the incumbent retires.

He joined the Political Radar crew to in 2016 to discuss several key issues that are emerging in Wisconsin. They discuss the viability of marijuana legalization in Wisconsin and its challenges.

And now it is 2020 and “It is just a plant” came from Wimbergers lips.  What does that tell us?  Over the years this candidate has made several public statements about marijuana reform in interviews.

Telephone: (608) 266-5830, Email: Sen.Darling@legis.wisconsin.gov She has held this Senate seat for nearly 30 years and held onto her prohibitionist position just as long.

Telephone: (608) 266-3512, Email:
Sen.Jacque@legis.wisconsin.gov. As an Assembly Representative he ignored constituents on the issue starting back in 2010. As a Senator he repeats his past performance. Jacque is an author of Senate Bill 440 to increase penalties for manufacturing, distribution and use of butane hash oil (BHO) products. Senate Bill 440 is in this same committee and received a public hearing on September 16th, 2021.

His concern is he wants to ensure it goes through the same process that any drug would before it is legalized for medicinal purposes and sent out to people.

He is not in favor of an over regulatory situation, but before people are taking a drug prescribed to them he would like to see that drug has cleared all hurdles.  – source July 30, 2020 candidate interview.

(Co-Sponsor): Senator Lena Taylor has been a consistent and reliable sponsor of Adult Use, Medical Marijuana and Decriminalization.

(Co-Sponsor): In 2009, her first term in the Assembly, she co-authored a bill to legalize medical marijuana. She sponsored the same bill in her second term as well. Elected to the Senate in 2020 she commits her campaign promise to sponsor this bill.

Roys says “Adults should be free to use marijuana without fear of prosecution. We need to stop using our criminal justice resources to prosecute and incarcerate people for cannabis use. We can earn revenue, increase Wisconsin’s agricultural economy, and help stop the unequal enforcement that drives racial disparities in our criminal justice system. It’s time to legalize cannabis for recreational and medicinal use, and grow Wisconsin’s economy.” – source

watch and track the 2021 Senate Committee on Judiciary and Public Safety:

The 15 member committee is a dynamic group! Of the five (5) Democrats on the committee all five are co-sponsors of legalization legislation. At first glance to the rest of committee on the Republican side, we have some Republican medical / decriminalization bill authors, a new guy, some definite no votes and some unknowns.

So, overall, it’s not horrible for decriminalization, but not the best for legalization by any means.

Use the form below to let your law makers know you support legalization of cannabis in Wisconsin! 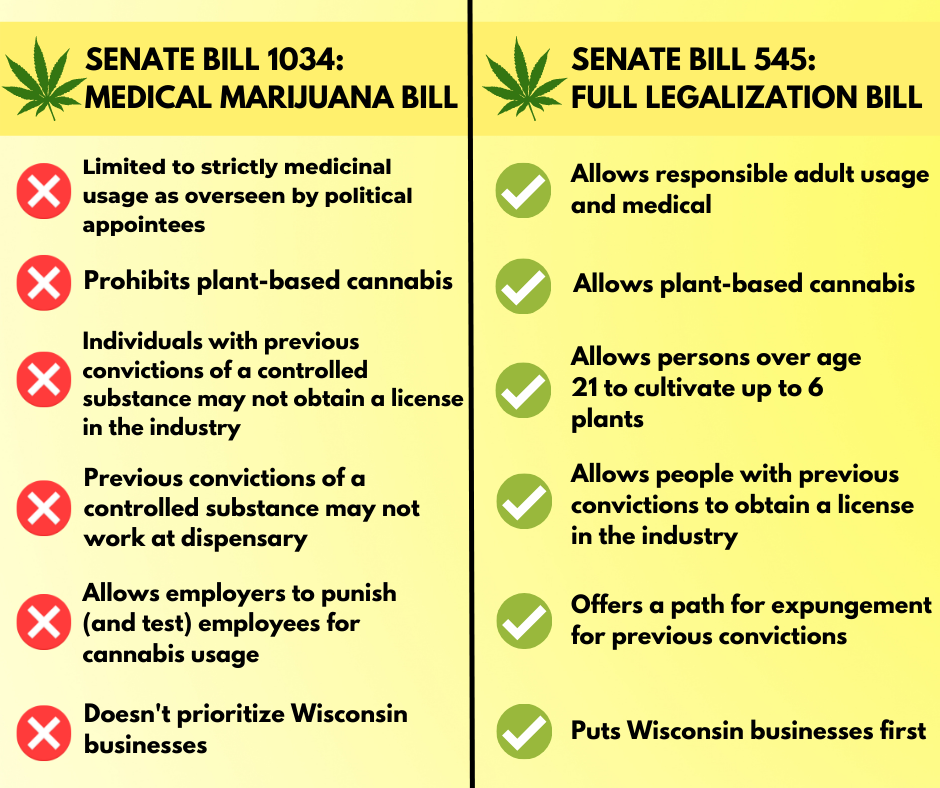 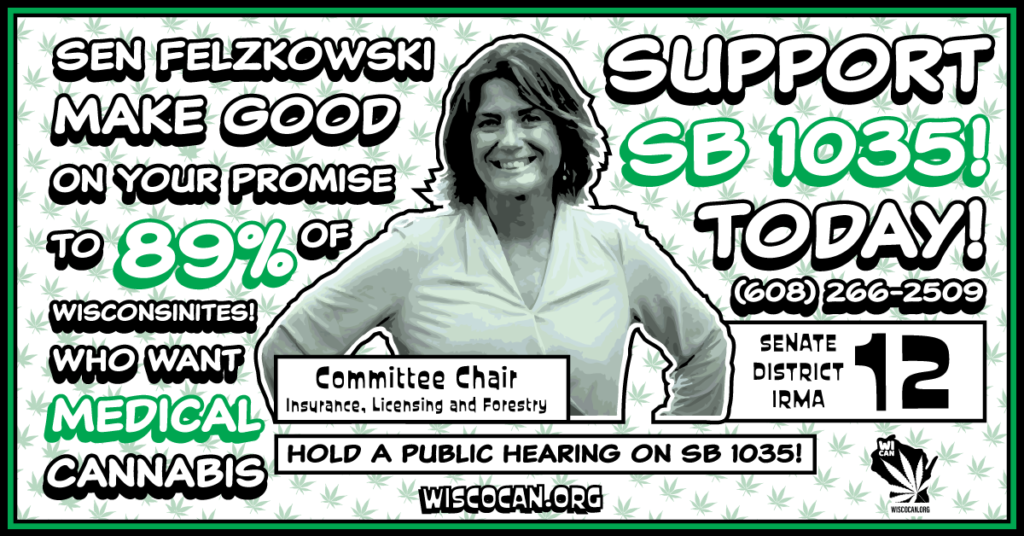