Competing medical marijuana bills are in session again for the close of the 2022 legislation cycle. The big question on our minds right now is “will Senator Mary Felzkowski actually hold a public hearing on medical marijuana or is she just blowing smoke?”

I completed a marijuana support analysis in the beginning of the 2021 session, and felt that about 57% (19 out of 33 members) of the Senate would support the Republican bill if the thing came to a vote. Now obviously things change over time, but usually they do not go backwards, and I feel we actually gained a Republican Senator which was not reflected in my beginning analysis.

Medical marijuana could be the compromise, but…

Republicans regurgitated their big pharma, no smoking, no home grows “medical marijuana bill” from last session. There were some additional co-sponsors brought along by the GOP reformers, with a total of 18 co-sponsors in the Republican Assembly on this bill. That 18 number is huge in my opinion, and a few other Republicans previously signed on, so the support in the GOP is certainly growing fast.

My gripe would be that if you did not significantly change the language from last session, then why are you waiting until the session is almost over before submitting this bill? It should have been submitted like the first decriminalization bill, it should have been put out before the budget!

I will admit, Senate Leadership came on strong in this session saying they were not going to advance any legislation regarding cannabis. The industrial hemp program was not funded by the Republican budget and they sent that whole program to the USDA. According to insiders, leadership in the Republican camp made it very clear that they were not going to advance any marijuana reform, as it would be perceived as a win for Governor Evers.

The Democrats countered with their version of a medical marijuana program that is a little more patient focused, allows smoking products, and will allow for patient/caregiver home grows. The Democrat bill has attracted many Republicans in past sessions, so there is a record of some Republicans who support smoking medical marijuana, and are okay with allowing patients to grow their own.

My gripe with the Democrats would be not using a different strategy this session. The Democrats should have had a 100% co-sponsorship by their own caucus on the Republican bill. This would have said something. Doing the math, 38 Democrats in addition to the 18 Republicans listed as co-sponsors give this piece of legislation 56 votes, enough votes to pass! See where I am going with this?

Robin “Boss” Vos and his chronic cronies could to not manage to find it in their hearts to send a medical marijuana bill to a friendly committee chair. The Assembly Leaders sent both versions of the medical cannabis legislation to prohibitionist Rep. Joe Sanfelippo, who is now the target of a phone blitz, again… So for all the lip service Robin Vos has said about his support for medical marijuana he ended up pissing on patients and telling them it was raining, again.

As the chair on the Assembly Committee on Health, Rep. Joe Sanfelippo issued this statement in February 2019 regarding Tony Evers’ decriminalization plan: “Governor Evers’s plan for decriminalizing and legalizing marijuana is both irresponsible and uninformed. This is a case of the Governor advancing his own agenda despite a large body of scientific research demonstrating real dangers associated with marijuana use. Contrary to the growing narrative that marijuana is harmless, the scientific and medical communities have raised genuine concerns about the risks that marijuana consumption poses to health and public safety.”

Rep. Sanfelippo does not believe there are benefits of medical marijuana. He was quoted in February 2019 saying, “There is no quantitative, definitive science and research that can prove the efficacy of marijuana for medical purposes.”

One the other hand, the Republican Senate leadership sent their partisan Republican bill directly to the bill authors committee, in which she is the committee chair (Senate Committee on Insurance, Licensing and Forestry).

In many news statements, Felzkowki said her goal was to get a public hearing on this bill. Well, the ball is in her court, behind by 2 points with only seconds to go on the shot clock… will she take it?

In previous sessions, under different leadership, the tone was dramatically different. When Republican Senator Testin co-sponsored a medical marijuana bill, his Health Committee should have received the bill. Instead, leadership sent it to millionaire prohibitionist Senator Duey “CBD is snake oil” Stroebel to die a painful death.

The bill authored by Senator Mary Felzkowski was one of the last bills she introduced . It was introduced so late in session it is hard to say if the friendly assignment of her bill to her committee is a green light to go ahead yet with a public hearing, or a slap in the face to the Senator herself. Will Senator Felzkowski slap back and hold a public hearing even though session has ended?

If this bill does not move, will it be back again next session? Senator Felzkowski is not up for re-election in 2022 so it is highly likely she will be here. If Felzkowski is back, will this bill be the first bill she submits in 2023 or the last of 2024?

On March 9th, 2022 Senator Felzkowski sat down for a video interview with Newsmakers Host Lisa Pugh for a cannabis conversation. (Podcast Link). I am not sure of the Senators fuzzy math skills with 15 yes votes in the Senate, but it does show how important the upcoming election in 2022 were half of the Wisconsin Senate will be up for re-election. The video is worth watching for sure. Nothing says something about a politician more than when you can see them say their words, and when you can see them hide the words they want to say. Watch it – I will archive it here when I am able. 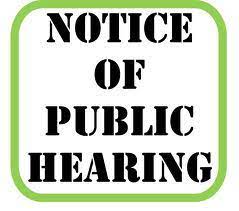