Unfortunately, not all races had a primary candidate or even a challenger in the general election. These are the uncontested seats for the 2022 Wisconsin State Election. A few of these races have late “write in” candidates which most likely will not make these seats competitive for the ballot candidate, but there is always hope!

There is also more to the 2022 Election Coverage than just these uncontested races! Remember that only half of the 33 State Senators are up for election this cycle. Half of them are back next year for sure. So that means we know a great deal about many of our potential elected officials already before the election in November even happens.

Incumbent: John Jagler (R) from Watertown. Senator Jagler seemed sympathetic in the past and was quoted that the 2018 referendums swayed him to medical. During the 2021-22 session he did not co-sponsor any positive marijuana bills. He voted YES to Senate Bill 440 that would have increased penalties for butane hash oil (BHO). That bill passed, but Governor Evers used his veto power to kill it from becoming law. Expect this bill to be back again next session.

Lastly, Jagler sat on the Senate Committee that held a public hearing on the Republican medical marijuana bill only. He was sick that day, but he managed to come to Madison to read the testimony of the Wisconsin Medical Society against the Republican Medical Marijuana Bill.

Republican SenatorWanggaard from Racine has not co-sponsored any legislation on marijuana reform since elected in 2010 and most likely will not move is stance of “just say no”.   After coming off a nearly 30 year career with the Racine police force, he now serves as the Chairman of the Senate Committee on Judiciary and Public Safety.  In April 2019 he wrote an entire op ed piece entitled Is it high time to legalize in Wisconsin? No … The harmful effects on health and society outweigh any potential benefits

The Incumbent Senator Kathy Bernier is not seeking re-election. The leading prohibitionist in the Assembly, Rep. Jesse James is seeking her seat. He was a co-sponsor of the 2019 Republican attempt to create a medical marijuana program (the “pill bill” that did not allow smoking products or home grows).

He has been outspoken as wanting to be the lead guy on stopping recreational marijuana reform from happening in Wisconsin. Long time prohibitionist and mega rich man Senator Duey Stroebel was listening when Rep. James was mouthing off, and the two have collaborated to concentrate on finding some way to increase penalties for cannabis use.

James is a Member of the Council on Alcohol and Other Drug Abuse.

James does face a late write in Democrat Candidate in Dan Hardy.

Incumbent: Chris Kapenga (R) from Delafield is a prohibitionist and thinks people who smoke marijuana will go crazy. He, along with all Republicans, voted YES to Senate Bill 440 that would have increased penalties for butane hash oil (BHO). That bill passed, but Governor Evers used his veto power to kill it from becoming law.

Incumbent: Ron Tusler (R) from Menasha. Elected in 2018, Tusler is a Republican from Harrison did not sponsor any legislation on marijuana reform in 2019-2020. In Oct 2018 he was asked Would you support changing state law to legalize marijuana and/or cannabis products? If so, under what conditions? If not, why?

Tusler: Unsure. The preservation of human life is very important to me. The number of accidental deaths on the highways as a result of intoxicated driving from marijuana use has escalated dramatically in states that have legalized marijuana. I’d like to see this issue resolved in other states before our citizens die.

His column “Ron’s Recap” covered the committee hearing for medical marijuana in 2022 and highlighted one opposition statement. As our state continues to debate the implications of legalizing marijuana at various levels, it is important to keep all sides of the debate in mind. The Wisconsin Chiefs of Police recently weighed in on the debate and added their perspective. To read their press release, click here.

Incumbent: Sylvia Ortiz-Velez (D) from Milwaukee is a long time supporter of cannabis reform and proud author/sponsor of several bills to reform and legalize cannabis in Wisconsin during her first term in office. We thank her for your continued efforts and look forward to working with her in 2023-24.

Incumbent: Dora Drake (D) from Milwaukee is a supporter of legalization and co-sponsored the legalization bill her first term in office. Thank you Dora!

REPRESENTATIVE TO THE ASSEMBLY DISTRICT 15 – Vacant

Incumbent: Joe Sanfelippo (R) is gone, thankfully. But we know nothing yet about his replacement who gets a free pass into the Assembly … no primary, no general election, just the job …… who is he? Dave Maxey (R) from New Berlin. His campaign facebook page has not been updated in months and his campaign website states he is on the New Berlin City Council.

Incumbent: Kalan Haywood (D) from Milwaukee. We are pretty sure he would vote yes to reform the marijuana laws, but has yet to co-sponsor any legalization bill since elected.

Evan Goyke (D) from Milwaukee . He always tried real hard to get cannabis reform passed and will continue to fight for our rights. He did co-sponsored the 2021-22 Adult Use Cannabis Legislation and has been a consistent co-sponsor of medical marijuana and authored past decriminalization measures.

REPRESENTATIVE TO THE ASSEMBLY DISTRICT 19 -VACANT

Incumbent: Jonathan Brostoff (D) is not seeking re-election and no other candidate filed so the job goes to Ryan Clancy (D) of Milwaukee. Ryan Clancy is very much in favor of legalization, decriminalization and expungement of records for everyone caught up in this previously. And as the author of the advisory referendum on November’s ballot for Milwaukee County, he is sure to help lead Wisconsin forward on this issue.

REPRESENTATIVE TO THE ASSEMBLY DISTRICT 27 – VACANT

Incumbent: Tyler Vorpagel (R) did not seek re-election and Amy Binsfeld (R) from Sheboygan filed, so the job is hers most likely. At the time of this article, no stance on cannabis was known and technically she is not uncontested, an Independent Chet Gerlach is on ballot for this round. He is a former legislator from the late 70s.

Incumbent: Calvin Callahan (R) from Thomahawk most likely gets his job back even though he is a prohibitionist. An Independent Todd Frederick is in the race also.

Incumbent: Barbara Dittrich (R) from Oconomowoc will be back in 2023-24. Someone on facebook called her a ‘prohibitchinist”. She hates cannabis.

Incumbent: Mark L. Born (R) from Beaver Dam was a past co-sponsor of medical marijuana in 2019-2020 during the 1st Republican bill, but absent from the last session attempts.

Incumbent: Kevin Petersen (D) from Waupaca has never co-sponsored any legislation and is not known to support legalization. He does not face a Democrat, but faces an Independent names Henry Fries. Fries is vocal about supporting legalization.

Incumbent: Alex A. Dallman (R) from Green Lake is a prohibitionist. He said until the County Sheriffs on board he is not even supporting decriminalization.

Incumbent: Samba Baldeh (D) from Madison will be back! Awesome because he is a co-sponsor of the legalization bill.

Incumbent: Michael Schraa (R) from Oshkosh is not the worst Republican on the issue, but will we author a recreational marijuana legalization bill?

REPRESENTATIVE TO THE ASSEMBLY DISTRICT 59 – VACANT

Incumbent Jeremy Thiesfeldt gave up the seat. Candidate Ty Boden: During the primary battle is was reported he does not support recreational marijuana and is doing “research” on medical cannabis and also speaking to law enforcement about medical and decriminalization.

Incumbent Robin Vos (R). He faced a primary challenger who never would commit on any stance of marijuana reform and came close to beating him, real close!

If Adam Steen would have stepped up to support legalization, maybe he would not be mounting a write in campaign. He is has not made any comment about marijuana we can find.

The Democrat write in candidate is Joel Jacobsen who is known to support legalization.

Incumbent Dave Armstrong (R): In his candidate interview he stated he has 33 years of sobriety from drugs and alcohol and does not think we need something else to get high from in Wisconsin and is definitely not in favor of recreational marijuana. On medicinal, he would “listen” as this is something he has not been real involved in.

Incumbent: Shelia Stubbs (D) from Madison is a long time supporter and co-sponsor of legalization.

Incumbent: John Spiros (R) from Marshfield. He is coming around on the issue, keep the pressure on him. He was absent from the Republican decriminalization bill, but was a co-sponsor on their medical marijuana attempt.

Incumbent: Scott Allen (R) from Waukesha is back and we will have to hear more of his prohibitionist type excuses this next session. Watch him for sure as he is known to be buds with SAM! (Smart Approach to Marijuana)

Make sure you register to vote!

As part of the 2022 election coverage, we will take a closer look at the State Senate and State Assembly Candidates in more detail, so stay tuned, stay educated and stay active! 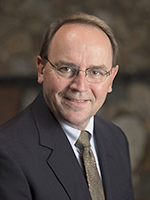